Legal commentary to the preliminary ruling of the European Court of Justice of 30 January 2020 in the case between I.G.I. Srl v. Cicenia, Di Pierro, De Vito and Raffaele, case C-394/18

1. In a recent preliminary ruling the European Court of Justice has rendered an important decision on the rights of creditors after a division (or demerger). This judgement may change the way in which European national courts apply rules on fraudulent conveyance in cases involving a division. In the Netherlands this change is even very likely, as the arguments underpinning the Court’s decision are diametrically opposed to those used by the Dutch Supreme Court in similar cases.

Facts and Italian proceedings
2. The facts of the matter are very straightforward. On 16 September 2009 Costruzioni Ing. G. Iandolo Srl (the “Company”) transferred, by way of a division, a part of its assets to I.G.I. Srl, established for that purpose by means of a notarial deed. The claimants, Ms. Cicenia, Mr. Di Pierro, Mr. de Vito and Mr. Raffaele are creditors of the Company. They hold the view that that the division has caused the Company to lose a large part of its assets and that the remaining assets (plots of land) are of low value, as a result of which the Company does no longer offer any recourse for their claims.

3. Claimants bring an action against I.G.I. and the Company before the Tribunale di Avellino (Italy), in which they principally request that on the basis of the so-called actio pauliana (Article 2901 of the Italian Civil Code) the division and the resulting transfer of assets will be without effect vis-à-vis themselves. The Tribunale awards this claim and declares the asset transfer without effect vis-à-vis the claimants.

4. I.G.I. and the Company lodge an appeal against that judgment before the Corte d’Appello di Napoli, arguing that the actio pauliana brought by the creditors concerned is inadmissible on the ground that the objection referred to in Article 2503 of the Italian Civil Code is the sole judicial remedy for creditors of companies involved in a division. Articles 2503 and further of the Italian Civil Code contain the transposition of Articles 12 and 19 of the Sixth Directive1 into Italian law.

5. Article 12 of the Sixth Directive relates to the protection of the interests of the creditors of the companies involved in a division whose claims antedate publication of the draft terms of division. Article 19 lays down nullity rules for divisions, on the basis of which the Italian Civil Code provides that the instrument of division cannot be declared invalid where it has been registered with the Register of Companies.

6. Some of the lower Italian courts had ruled in other cases that the actio pauliana is not available to creditors as a means to avoid or nullify transfers of assets within the context of a division. Other Italian courts had however awarded claims based on actio pauliana in the context of a division. Italian case law therefore being divided, the Corte d’appello di Napoli decided to stay the proceedings and to refer to the European Court of Justice for a preliminary ruling.

Case law in the Netherlands
7. Since the Favini judgment (Supreme Court 20 December 2013, JIN 2014/35) the assumption in the Netherlands is that a liquidator cannot revoke a division of assets in the meaning of Section 4 Book 2 of the Dutch Civil Code (“DCC”) by means of an actio pauliana (avoidance action) (Article 42 Dutch Bankruptcy Act “DBA”). The Supreme Court’s considerations in the Favini judgment were that Articles 2:334a ff. DCC were deliberately designed by the legislator to protect a division as far as possible against the risk of nullification. As a consequence, the possibility of nullifying a division on the grounds of Article 2:334u DCC is subject to various far-reaching restrictions. The Supreme Court held that under the Dutch Bankruptcy Act (Fw) the opportunities for nullification via an actio pauliana in the event of bankruptcy were considerably wider than provided for in Article 2:334u BW. This follows from the fact that under Article 42 Fw nullification can take place via out-of-court proceedings (i.e. without intervention of the court), is not restricted to the situations described in Article 2:334u BW and is not bound to the six-month time limit. According to the Supreme Court, both articles seek to protect creditors against legal actions that adversely affect their ability to recover the debts. Application of Article 42 DBA to divisions would lead to an unacceptable conflict with the specific rules of Article 2:334u DCC and thus undermine the legal certainty that Article 2:334u BW seeks to provide. On this ground, the Supreme Court ruled that the specific standard set by Article 2:334u DCC was exclusively applicable and that, in addition, there was no scope for a liquidator to nullify a division under Article 42 DBA.

Preliminary questions
8. In the case brought before the European Court of Justice (CJEU), the CJEU answers the two preliminary ruling questions posed by the Corte d’Appello di Napoli, which questions can be paraphrased as follows:

a. can creditors of a divided company whose claims antedate the division initiate proceedings under an actio pauliana for the nullification of the division so that the division is declared without effect vis-à-vis them and they have recourse to the assets transferred to the recipient company for the recovery of the debts?

9. In answering these questions, the CJEU follows an entirely different line of reasoning from the Supreme Court in the Favini judgment. Regarding the first question, the CJEU notes in the first place that on the grounds of Article 12 of the Sixth Directive as amended by Directive 2007/63/EC (hereinafter: “Sixth Directive”), the legislations of the member states must offer creditors an adequate system of protection by at least providing adequate safeguards where the financial situation of the company being divided and that of the company to which the obligation will be transferred makes such protection necessary. According to the CJEU, the use of the expression “at least” in Article 12 indicates that this article provides for minimum harmonization. Member states, therefore, are permitted to provide for additional tools for protecting the interests of creditors, according to the CJEU. Moreover, the CJEU notes that Article 12 of the Sixth Directive does not exclude that creditors of a divided company can bring an actio pauliana. The CJEU therefore concludes that this article does not prevent creditors of a divided company whose claims antedate the division from bringing an actio pauliana in order to have the division declared without effect vis-à-vis them and from bringing enforcement or protective action in relation to the assets transferred to the newly formed company. This applies irrespective of whether they have made use of specific protection tools provided for in national legislation pursuant to Article 12 of the Sixth Directive.

10. The answer to the first question encompasses the answer to the second question. Because the wording “so as to have the instrument of division declared without effect vis-à-vis them” clearly already points to the possibility of the relative nullification of the division. According to the CJEU, Article 19 (1b) of the Sixth Directive stipulates that divisions which have taken effect may be declared void in only three cases. These three cases, according to the CJEU, centre on the manner in which the division came into being and concern the actual validity of the division. These cases, in other words, lead to the nullification of the division itself. However, the sole aim of the actio pauliana as brought by creditors in the main proceedings is to protect the creditors whose rights have been harmed by the division and to have the division, in particular the transfer of certain assets referred to in the instrument of division, being declared unenforceable against those creditors. This action does not affect the validity of the division and does not have an effect erga omnes. The CJEU is therefore of the opinion that Article 19 of the Sixth Directive, which provides rules for the nullity of divisions, should be interpreted to entail that it does not impede creditors of a divided company from bringing an actio pauliana after the division that does not affect the validity of the division but only renders this division unenforceable against these creditors.

Consequences for actio pauliana in bankruptcy
11. Though the underlying case does not concern a bankruptcy actio pauliana brought by the liquidator, but the (Italian equivalent of the) Civil Law action pauliana (Article 3:45 DCC), the validity of the Favini judgment is now on shaky foundations. The main pillar of that judgment, after all, is the exclusivity of Article 2:334u DCC versus Article 42 DBA. The CJEU has pulled this pillar down by making it clear that (i) the Sixth Directive aims for minimum harmonization and therefore in principle leaves existing national tools for the protection of creditors intact and (ii) a nullification pursuant to the invocation of an actio pauliana is different from the nullification referred to in Article 19 of the Sixth Directive and Article 2:234u DCC which is based on it. A nullification based on these latter articles has an absolute effect, in the sense that the division itself becomes void, while nullification pursuant to the actio pauliana only leads to relative nullification.

12. Strikingly enough, the CJEU apparently shows no consideration whatsoever for the interests that Articles 12 and 19 of the Sixth Directive seek to protect. Whereas Article 12 protects the interests of anterior creditors, Article 19 primarily protects the interests of posterior creditors and those who placed their trust in the legal force of the division. The Advocate-General of the European Court of Justice does take these interests into consideration and concludes that the use of a national tool such as the actio pauliana should not adversely affect the protection of other creditors and the attainment of the aims of the Sixth Directive (see paragraphs 69 and 70 of his conclusion of 26 September 2019, ECLI:EU:C:2019:290). Admittedly, the Court does mention (in ground 68) that the “effects of such an action must not run counter to the purpose of this provision”, but this is not reiterated in the operative part of the judgment.

Conclusion
13. After this CJEU judgment, there is a considerable chance that not only Dutch courts, but the national courts of all EU member states will permit recourse to an actio pauliana aimed at the (relative) nullification of a division. A division thus provides less legal certainty as its consequences are no longer irreversible after the expiry of six months. This does not serve the interests of, notably, posterior creditors of the divided company or recipient company/ies. It is, after all, in their interest that the division and the ensuing transfer of assets is irrevocable. As noted, the European Court of Justice did not take these interests into account.

14. Finally, a qualifying remark. Article 2:334t (3) BW stipulates that both the recipient and the surviving divided legal persons are liable for anterior claims. This – partially several – liability offers anterior creditors an extra avenue of recovery. Barring exceptional cases – see the case underlying the Favini judgment – a division will therefore, as a rule, not prejudice the interests of these creditors so that recourse to actio pauliana will already be rejected on the grounds that the prejudice requirement is not met. 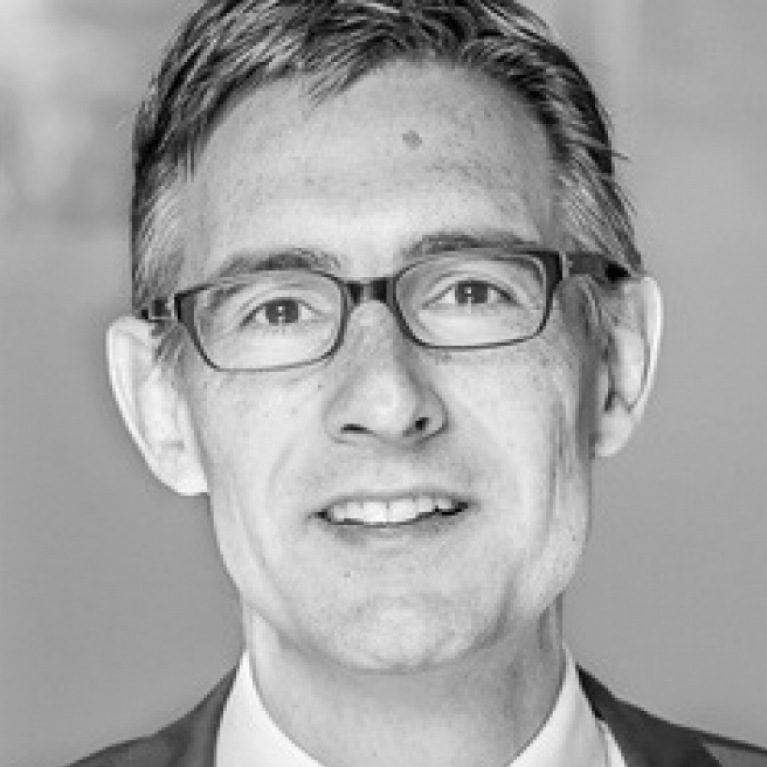